Here we are in March 2020 and I’m writing the first blog post of the year. It’s been a busy couple of years here in my world. Had and have some plans for the site for the start of the year but I’m a little behind, now we have the Coronavirus ( COIID-19) spreading across the world. With every aspect of life effected some of my projects might have to be sidelined for awhile depending on travel restrictions.

So I have been out a few times with the camera around the coast here in Northern Ireland, so below are some for the birds wintering here. 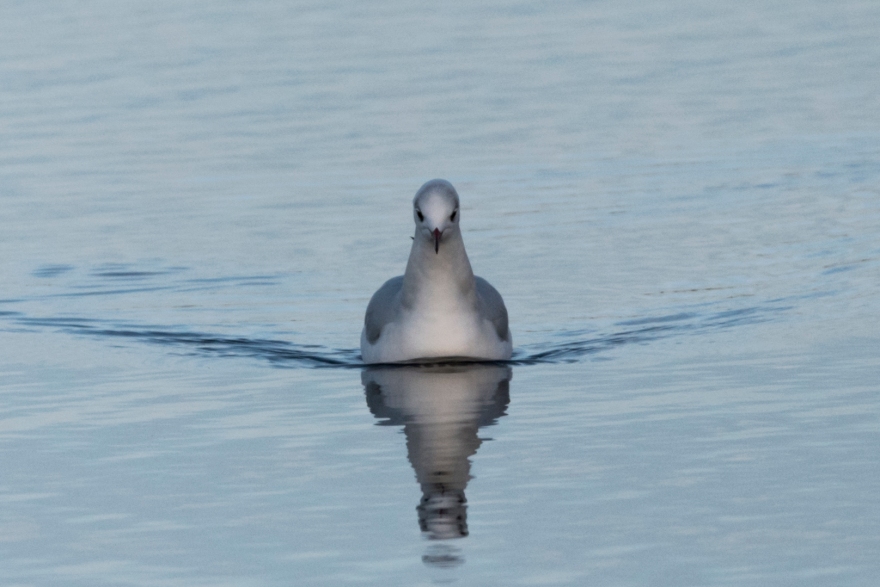 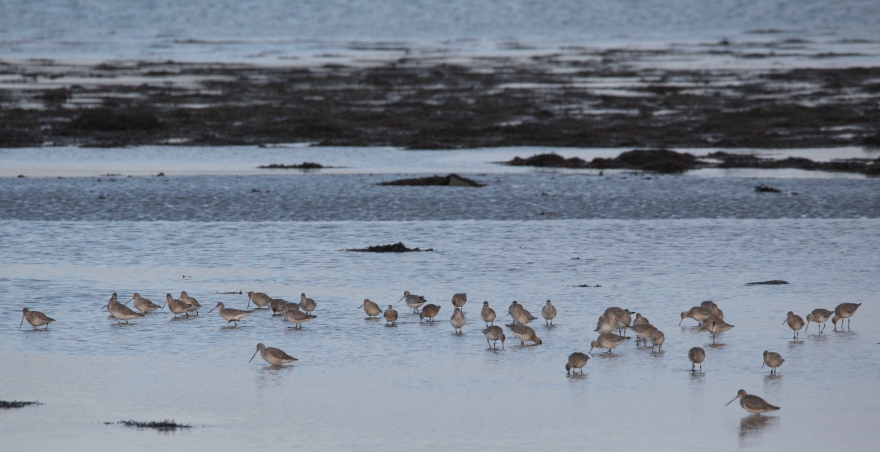 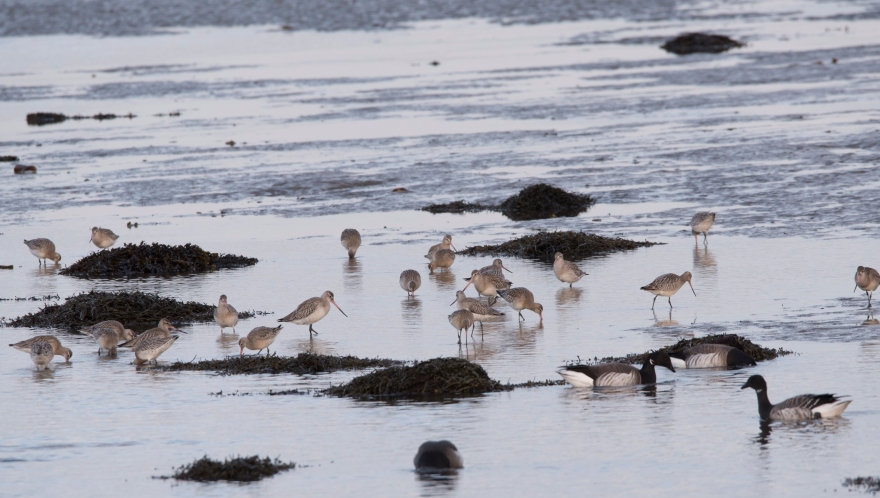 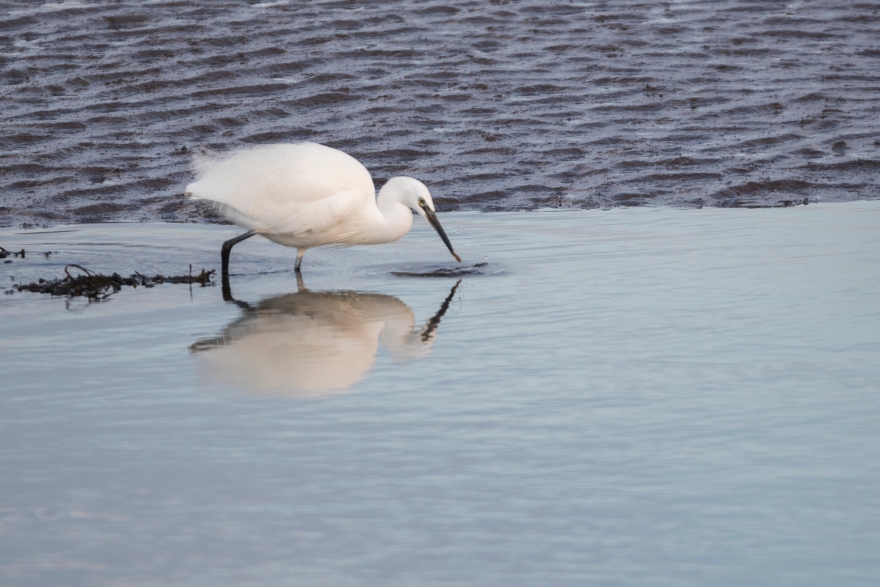 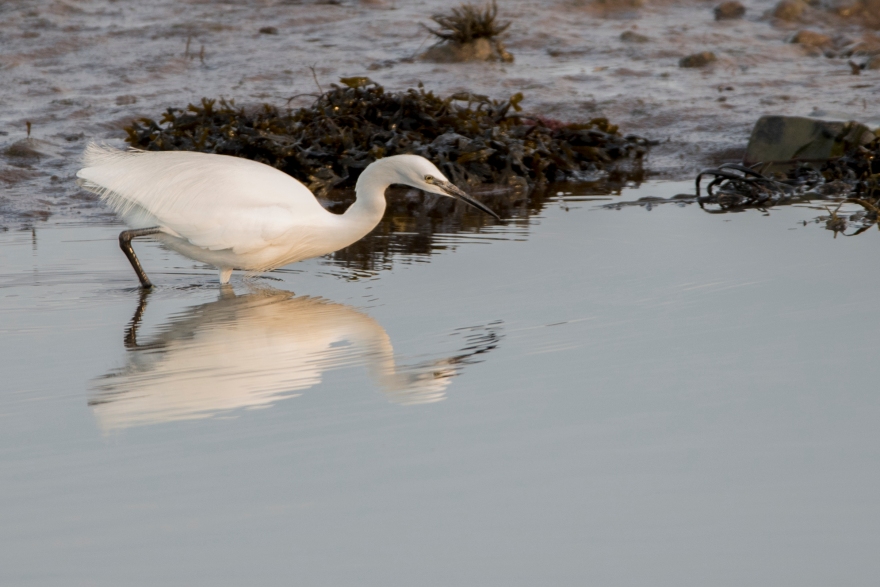 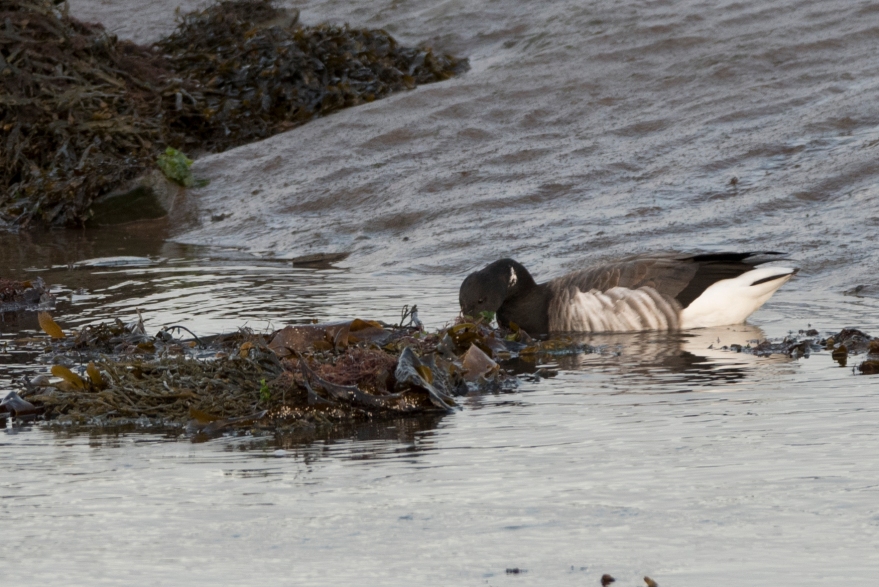 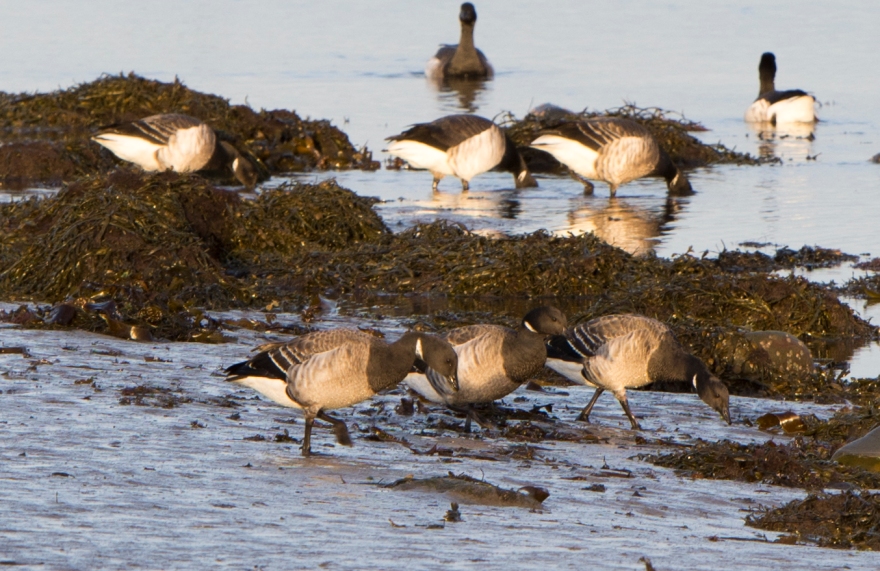 These were all taken at Strangford lough.  Here

While photographing birds around the coast I noticed birds washing in the incoming tide. So here are some images taken around the County Down coast. 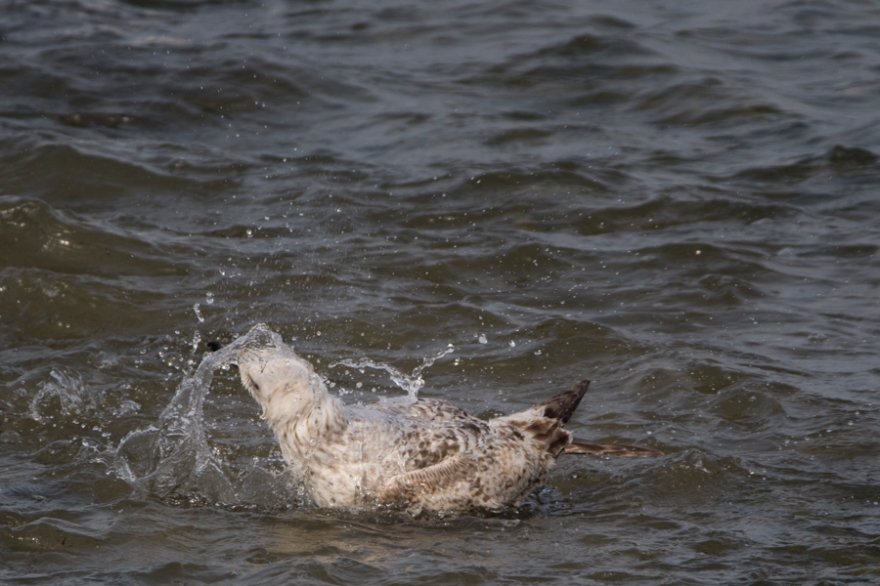 Time to dry out.

Next up is a Hooded Crow or a Grey Backs has they are locally known. 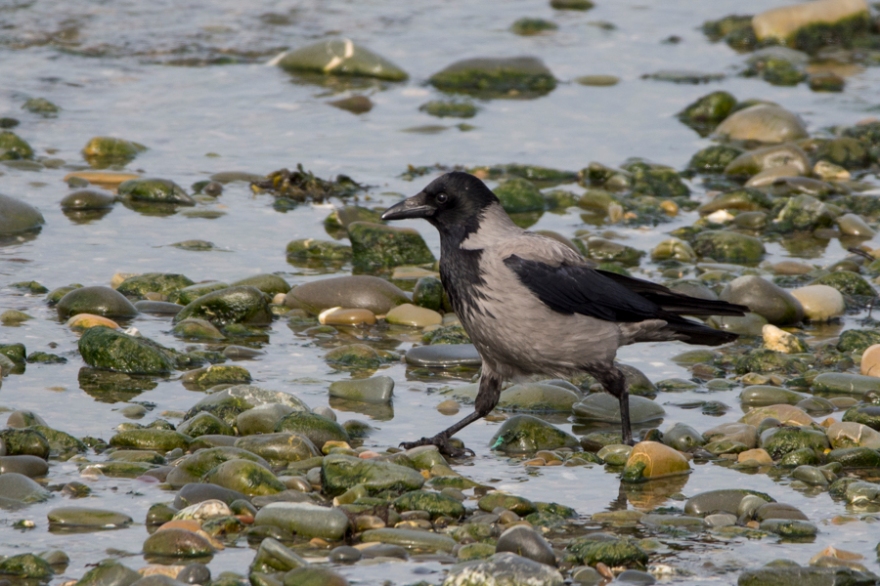 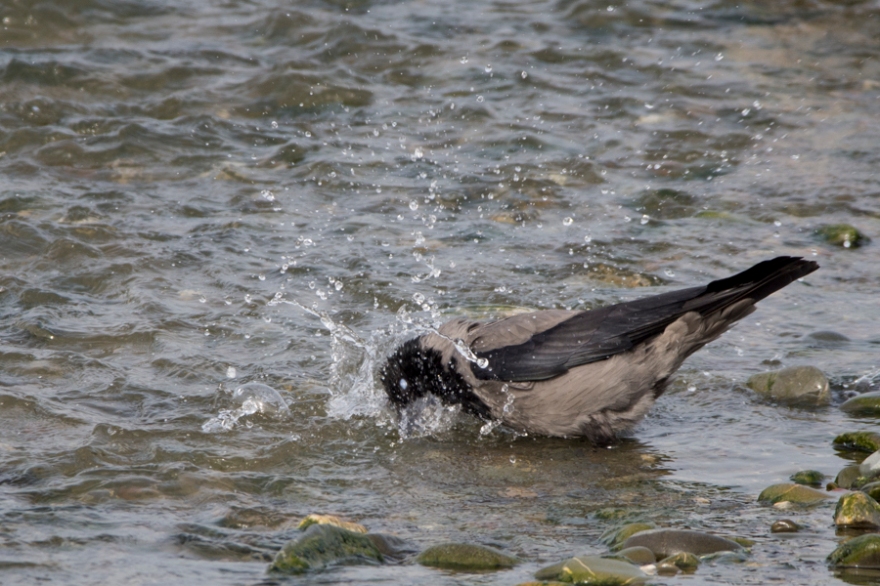 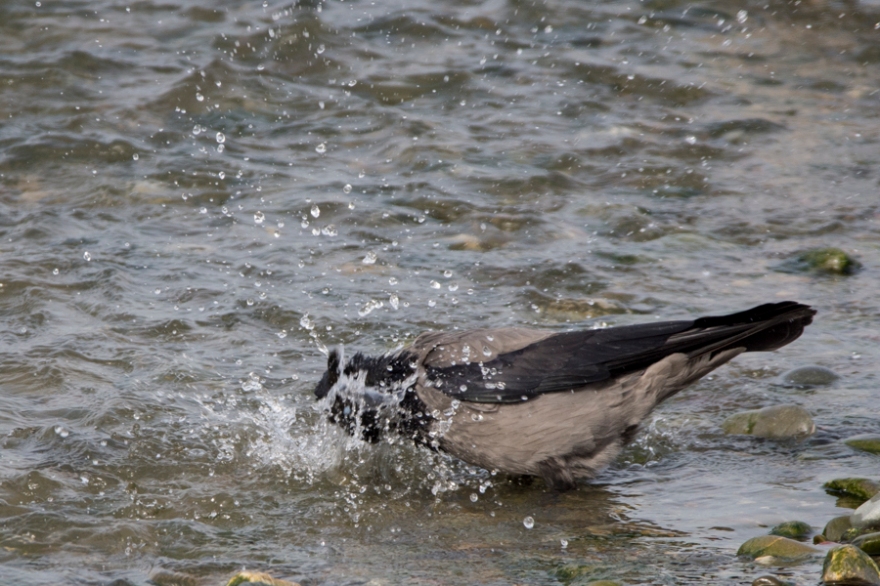 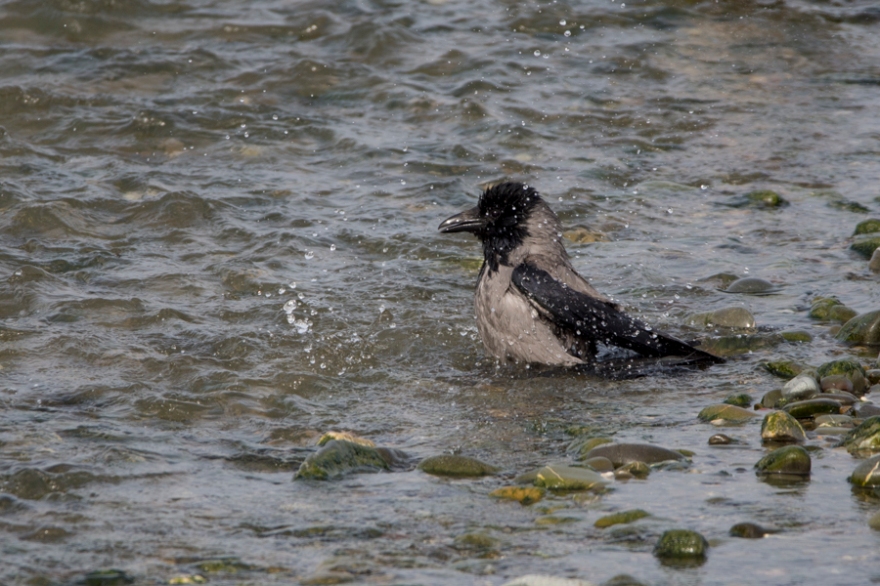 Next two photographs of a Common Crow. 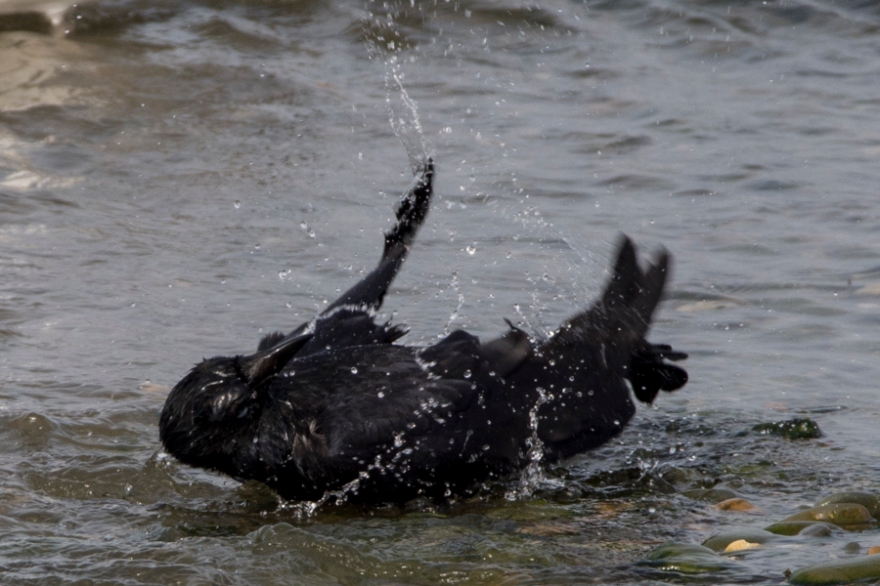 Next the gull that thought he could stop the waves.

First a warm up.

Command the wave to stop.

Hope you all enjoyed bath time.

Thank you all for stopping, feel free to comment you likes or dislikes.

This week’s photo was taken last summer on a beach on the County Down coast. It is a Grey Wagtail sitting on a litchen covered rock.

Enjoy your day and thank you for visiting.

Has with last weeks photo this weeks follows a similar train of thought. With little detail and blur in the image. A couple of years back I read a book that looked at how a photograph does not always have to be in focus. While unpacking some boxes from storage I came across this book and decided to explore this idea. While not being an award winning image, it is fun to step outside the box or should that be my box.

With the sun shining and a light breeze I shouldered the camera bag, grabbed a tripod. Car locked and my first chat was with a man and his dog. Some local information is always welcome. I sit here listening to the wind and heavy rain beat it’s tune on the window. I took the following photos last weekend, what a difference this weekend.

First up are a few photograph’s of the Pied wagtail, these were taken while out for a walk along the coast.

I always hope to get some shots of seals that bask along the shore, but so far no luck. With the tide in I knew they would be out from shore. This one was around 100 metres from shore.

I got a few head shots but loved the light catching his whisker’s in this one. We have two  type of seal’s around our coast. The grey seal and the common seal with this being the Common seal.

My last one is off the small lighthouses that mark the entrance to Strangford lough on the east coast of Northern Ireland. I gave it an old time look when editing it in Silver Efex Pro. Let me know what you think.

Was driving along the road following the Co.Down coast. Something dark was swimming close to shore, There are seals in this area but normally you don’t see them where the tide is in. So pulling into a small car park and seeing people watching something I got out and asked the first person what was in view. His reply was a ship just off shore repairing something. Walking down to the beach to see the seal which turned out to be a woman swimming wearing a wet/dry suit. Given this is the start of winter and it about 7 degrees  Celsius (44 Fahrenheit) and a cold wind blowing it was not warm. Got talking to her and being a local she told me about Killard Point. It was a Royal air force base around the second world war and was used for radar  until it closed.

After following her directions and were to park I followed the shore around to the reserve gateway which you enter from the beach. I meet few people on the reserve and a few I did meet give me a lot of info  about what to see and the best time of year to visit depending on the season. Below is a few bird photos i took while walking the coast. I intend to return once a month and will also include some landscape shots from the area.

I know this is not a sea bird shot but of the repair ship people were watching. 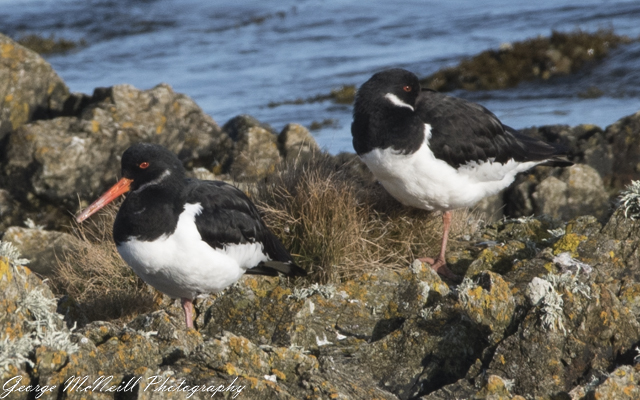 Like these ones, which are resting has they stand one one leg and like the right hand bird they rest there heads on there back. A bird very easy to identify by its markings and bright red eye.

And one landing on a rocky isle to wait for the tide to drop and expose there feeding ground. 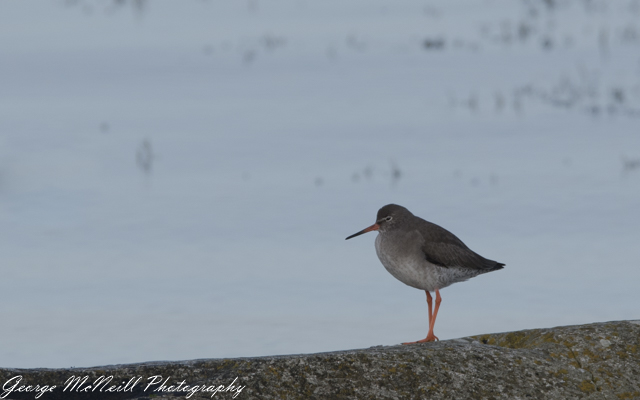 Liked the way this Redshank ( Tringa totanus ) stood out against the clear backdrop.

A shot across the bay to Kilclief castle, not the greatest of photos, the landscape is nice around here and hope to do some landscape shots in the area.

The two larger birds are Cormorants ( Phalacrocorax carbo ) they are about the size of a large goose and are diving bird that feeds on fish.

Identifying these are not so easy, but given there habits and markings I think they are Curlew Sandpiper (Calidris ferruginea ) which are a winter visitor to our shores from North Siberia.

These were hard to get a good shot of, they stayed well away from where I was. 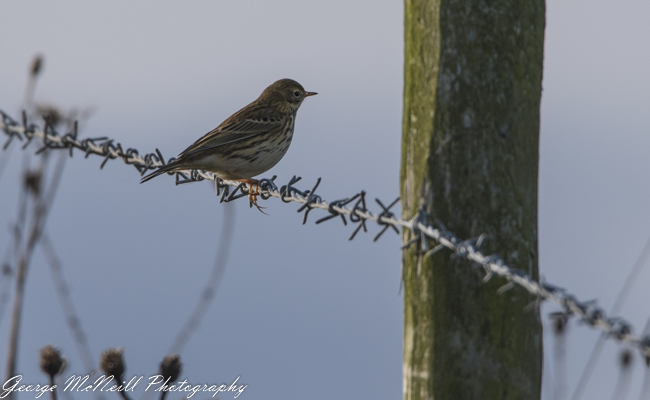 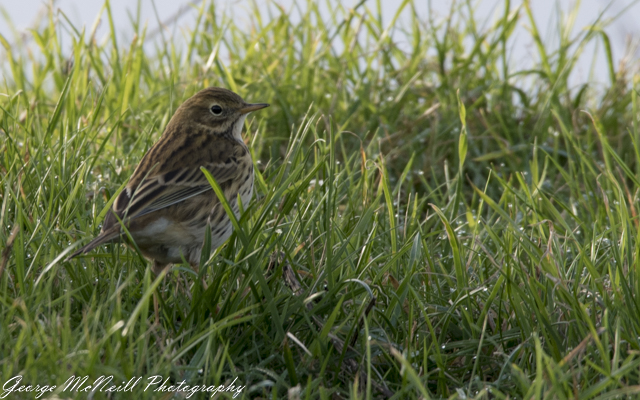 Got this shot while walking back from the reserve, I got a few shots of them on the pebbly beach but not as close or sharp has this.

These next few photo’s are of one of  Britain and Ireland’s smallest birds, the Wren

Again these are hard to photograph, fast moving and busy  seldom staying still. Most time you only catch a glimpse  has they fly from one point to the next. It was this movement gave it away and a little crawling on the ground that got me these shots, plus thanks to a long focal lenght lens.

On my drive home I called at another reserve near Dundrum on the County Down coast and on leaving it I saw  a Grey Heron ( Ardea cinerea ) in a field near a river that run’s along the road side. Using the car like a hide I got a few shots. Would have been nice if he had been hunting the river bank but maybe next time. 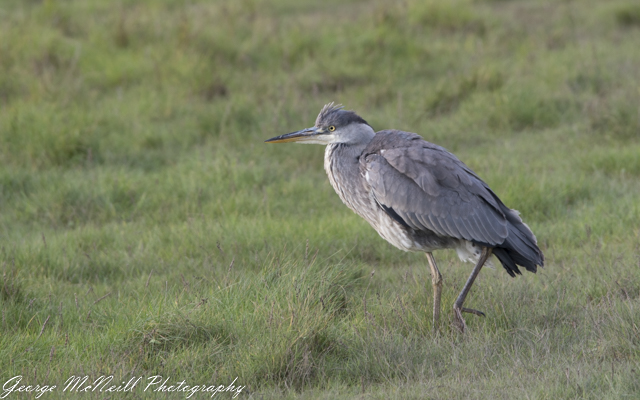 Thank you all for coming on my day out with nature here in Ireland.

Till the next time, take care.

Okay so I thought I’d go up to Portmore Lough in County Antrim. It is a RSPB reserve. ( RSPB ) Spent time in the hide on the lough shore, talking to some of the people who help in the running and up keep of the reserve. Below are a few of the photographs. 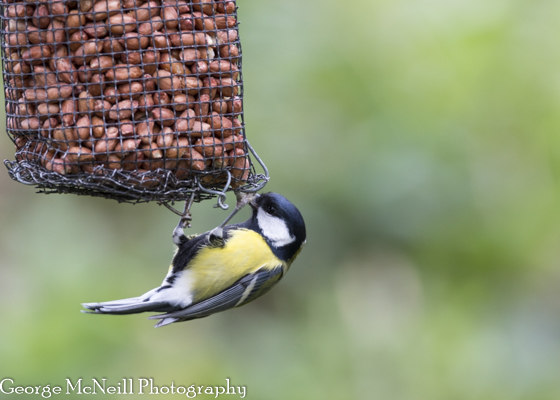 Frist up is a Great Tit ( Parus major ) at one of the feeding stations , these are right beside the walkways and a great place to see and photograph birds up close. 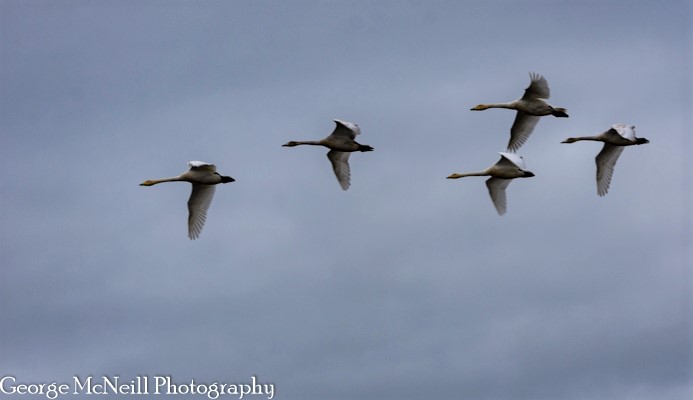 Whooper Swans (Cygnus columbianus) in flight, There where around 60 – 100 of these swans on the lough but all at the far side well out of camera range. Most of these birds migrant here from there breeding grounds in Russia. 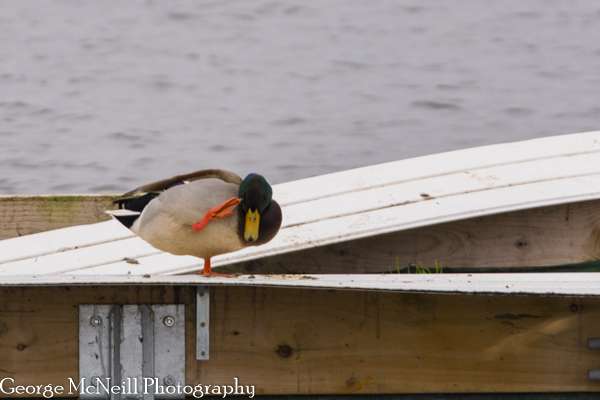 I salute you, a male Mallard (Anas platyrhynchos) on a floating platoon grooming. 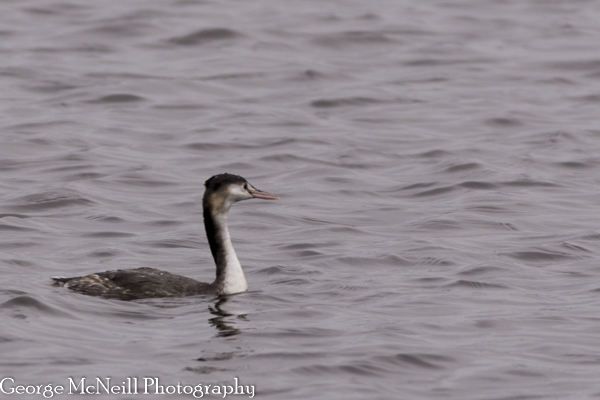 The Great Crested Grebe (Podiceps cristatus) in its duller winter Plumage. Sometimes a hard bird to follow has it dives for fish and resurfaces else where.

House sparrow (Passer domesticus) These little birds are a gardener’s friend has they feed on unwelcome insects. Also one of the most successful birds has it is found in nearly every country in the world.

So will leave you with this little fellow.Who just had to be the first in the queue.

Thank you for visiting .

With the odd storm moving across the country the gulls drop back into the sheltered waters of the lakes and parks inland. Passing Hillsborough forest park I stopped for a walk around the lake. The swans and various ducks where there along with a large group off Blacked Headed Gulls. It is these I shot in the following photographs. When people stop to feed the ducks the gulls head in mass for a free meal. I could watch the flight for hours has these birds come in like fighter pilot’s across the water. Some seem to hang in the air before dropping into the water after the food. Has a flying display they are great to watch and I still don’t know how they avoid each other in the mayhem of what seems to be chaos. 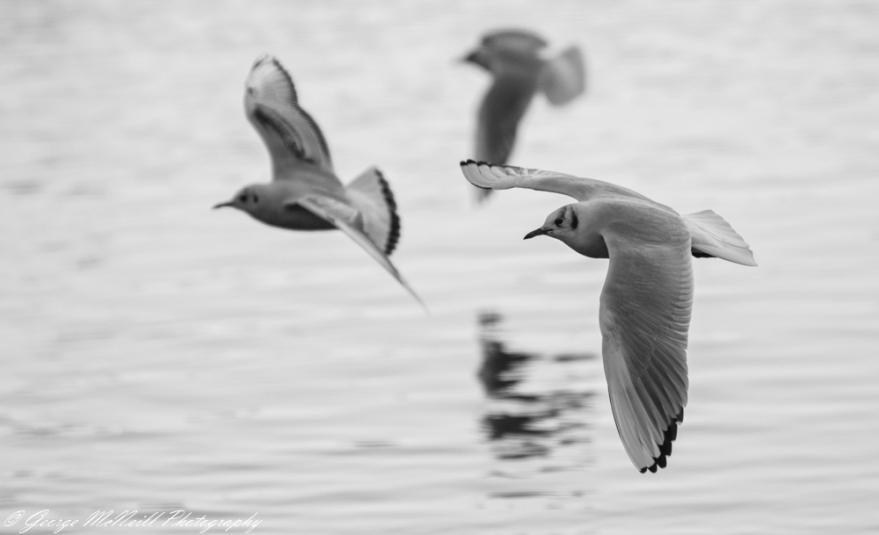 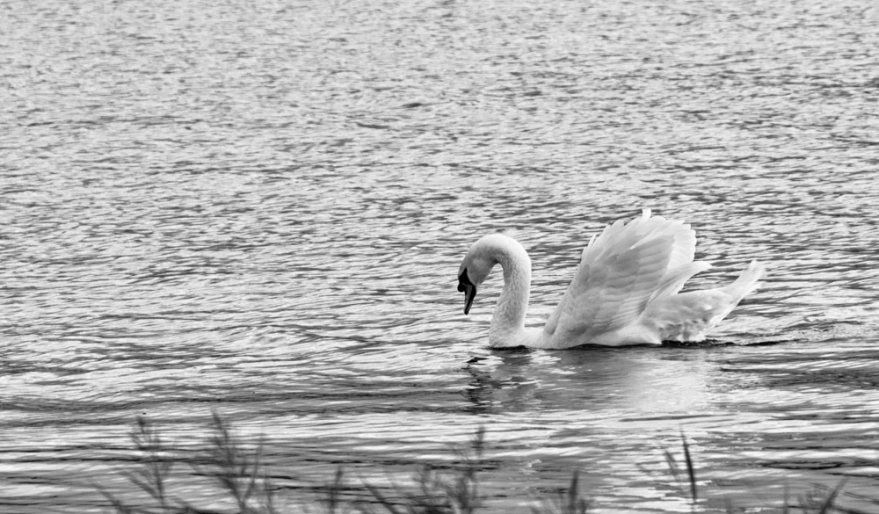 Stopped today on my way home at a lough with around a dozen Mute swans in the field beside it. Some took to the water and this is the only one to strike this pose.

Thank you for viewing

Mallard taking off after I spooked it walking down a lane by a lough.  A quick grab shot and worked it in a couple of processes, one monochrome and then a colour process to add a warmth to it. Namely Silver Efex Pro 2 for the B & W and Color Efex Pro 4.